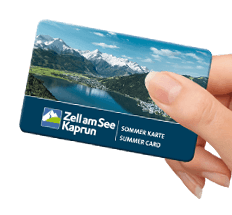 Current events in and around Zell am See

Rolling up the system from below, that's Söllner's "Sissdem":
He holds up the mirror to a state that is addicted to control, shows its inhumanity and exposes its tricks and lies. He doesn't give up, doesn't give in. Calls for disobedience and distrust of this state's delusions of power - appeals to the courage and humor of the people and shows ways to confuse the strategies of the other side. Until everyone fearlessly faces a system that wants to rule with fear.
Söllner knows that freedom cannot be found in constant petty warfare and fighting among each other. He knows that only independence offers the possibility to find each other. He knows that looking at grievances with a smile also throws light on what is secret and dark about oneself and thus reveals it. In a charming and absolutely idiosyncratic manner, he manages to touch people's hearts and let them feel that he has respect for life and its diversity. In this way he connects with everyone in an authentic way and shows that it is also about his feelings, he never spares himself.
He sets an example and doesn't stage himself. At the same time, he connects with all those who are not at the levers of power, with those who want to live together in this world, who still feel the desire for freedom, who are still looking for their own place in this global world.
This makes his concerts impressive events, no two are alike. Both young and old come, making the concerts full. On the one hand he is young in his amazement at life, has stumbled over the same stones as the very young.
Nevertheless, he has already gone further in his search, since he is with the old people.

He honestly calls out to both of them: "I am happy to have you all."

The big performance of the little Krampuses in Thumersbach.

The big performance of the Krampuses in Thumersbach.